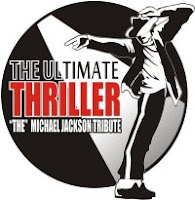 Back in concert promotion, Glow will be publicizing and networking around the globe for The Ultimate Thriller Tour, a musical bow to the superstar Michael Jackson. Starting with 60 dates in Europe, the onstage lineup includes “Michael”, four musicians, two background singers and four dancers.

To ensure that this will be nothing less than a world-class production, The Ultimate Thriller has joined forces with world renowned choreographer Mic Thompson. Mic was with Michael Jackson for nine years as a choreographer and principle dancer. He brings the kind of level of performance that could only have been achieved by spending years onstage next to Michael. His genius will be apparent the moment the show begins. That, added to state-of-the-art-sound, video, an incredible light show, costumes and stirring choreography including the legendary moonwalk in connection with the greatest hits of Michael Jackson form a tribute show guaranteed to be an extraordinary, multimedia-based super-show!!!

Become a fan of The Ultimate Thriller Tour on Facebook!